Donabate Golf Club claimed the Leinster Final of the Woodenbridge Mary McKenna Diamond Trophy on the 21st hole when they beat Ballinascorney Golf Club in a thrilling Leinster Final at Donabate which went to a Play Off.

To get to the Play Off Donabate had to win all 5 matches at home. They trailed 0-5 from a devastating defeat in their Away leg at Ballinascorney. Determination showed. There would be no loss without a fight. Donabate ladies just kept the pressure on a very talented Ballinascorney team.

With 4 matches won, it hinged on the last which went to the 19th hole. Formidable pair Mary Donohoe and Eithne Dempsey kept their nerve and sunk a super long putt to win the 5th match for Donabate.

Then the Play Off. The cool and experienced partnership of Patricia Morris and Martina McGrath clinched the Final title for Donabate winning on the 21st hole.

Well done to all the team pairings that played yesterday. Also to others on the panel who played or subbed in previous rounds.

Managers Pauline Leheny and Margaret Maher are so proud of the team and delighted with the success. Now it’s on to the All Ireland Finals in Woodenbridge from 9th – 11th September. #ParPari 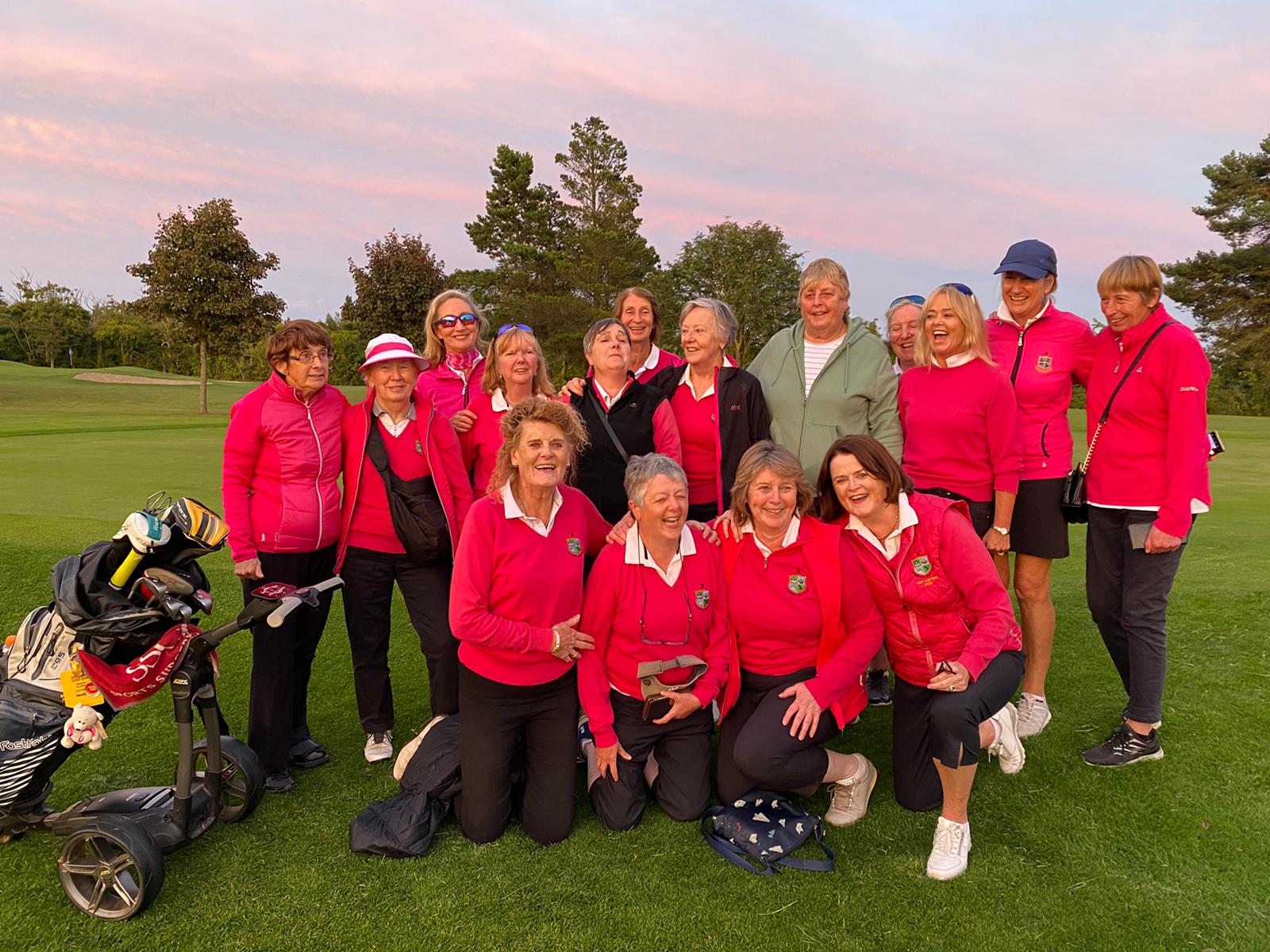 0 comments on “Leinster Champions!!!” Add yours →