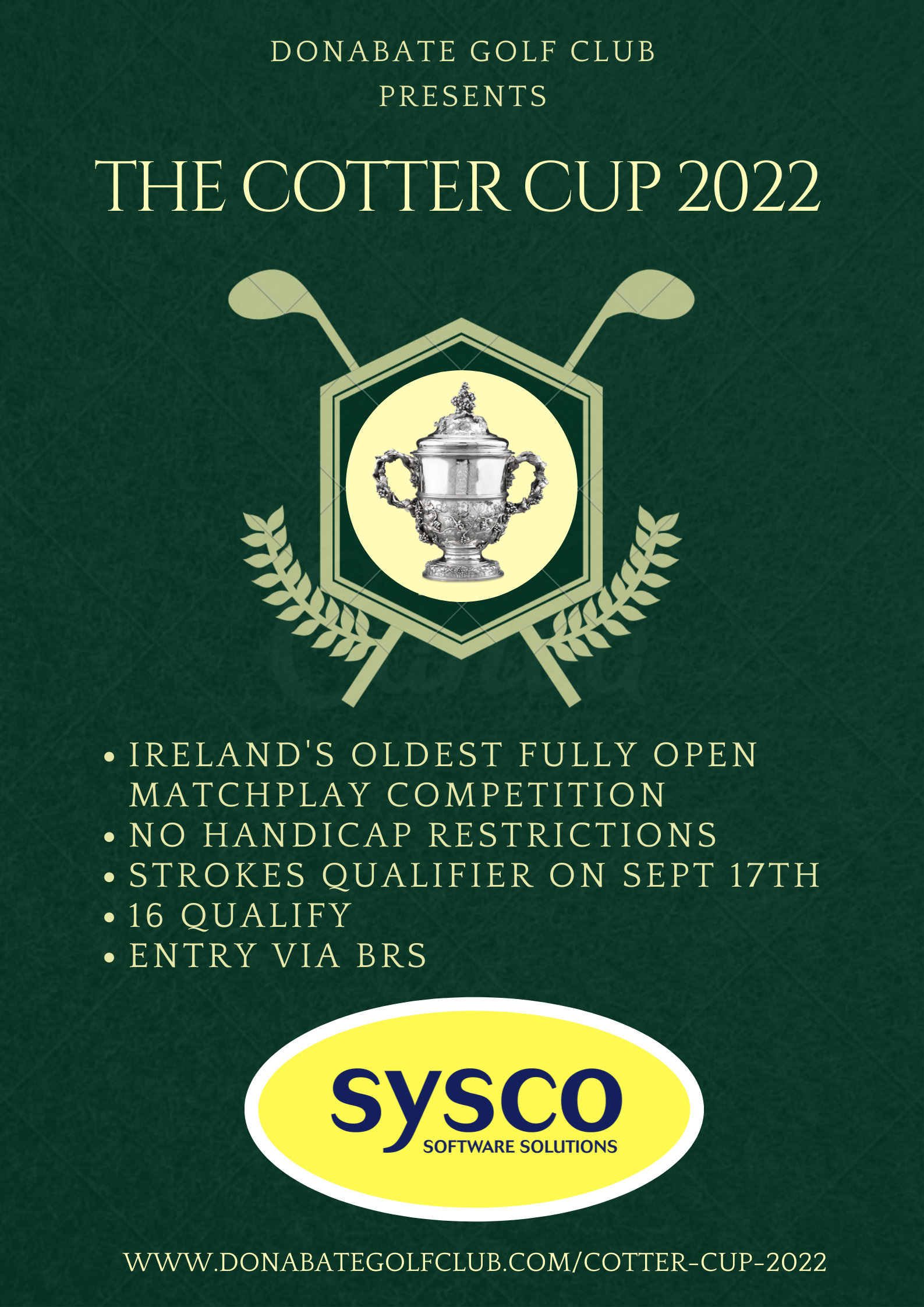 Handicap Rules:
Singles – The full difference between the course handicaps of the 2 players.

The Cotter Cup, a particularly fine piece of hallmarked silverware, was presented to the Club in memory the young Bertie Cotter by his relatives. It was first played for in 1956 as a singles competition within the Club and won by Pearse Gough with rounds of 66 and 68. After the first two years the competition changed to an Open FourBall Matchplay.

In 1961 it began to be played as an Open Singles Matchplay and in this format achieved widespread fame as there was no handicap restriction, the only one of its kind in the country. “The Cotter” attracted entries from far and wide, including once from an Australian. Indeed many of the entrants took annual holidays in their efforts to win, such was its stature. The height of “The Cotter” fame came in 1976 when 388 entries were received and so it remained until 1997 when it was regrettably demoted to an 18 hole Open Singles. Fortunately, recent Committees have taken a more enlightened view and returned it to Open Matchplay after the usual qualifying round.

Over the years, winners have come from most of the North County [Dublin] clubs and also from Baltinglass, Kilcock, Newlands and Old Conna. An early winner from Clontarf was the brother, of a future Taoiseach, no less.

As usual, it would be impossible to compile this resume without constant “mining” of Des O’Shaughnessy’s History of Donabate Golf Club 1925-2000. Eamonn Purcell.